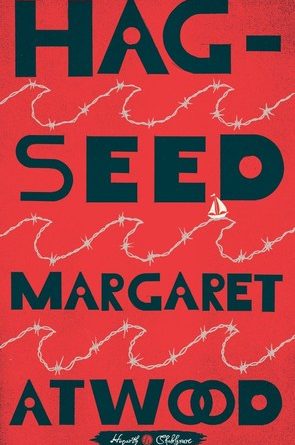 He’s left the choice of magic-island music up to 8Handz, as Prospero seems to have done with Ariel, though he’s supplied the requested selection of MP3s.

A prisoner named 8Handz playing an mp3 of Metallica in an experimental performance of The Tempest might not be what one first imagines as a modern equivalent of Ariel’s “While you lie here snoring” song in Act II, scene I, but this is nonetheless how Margaret Atwood adapts Shakespeare’s play in her novel Hag-Seed. Set in Canada primarily in 2013, the novel centers around the story of Felix, an artistic director of the Makeshiweg Festival who is wrongfully fired before he can stage his Tempest. To add to this, his wife, Nadia, and daughter, Miranda, have both died, so he disappears to live in a remote cabin before taking on the job of director of a theatre course in a local prison. After many years of plotting his revenge, he stages The Tempest in the penitentiary and simultaneously entraps his enemies to get his revenge. Not only is The Tempest being adapted within the text as a performance by prisoners, but the novel itself is an adaptation with Felix as Prospero.

Below is a video of an Art Installation related to the promotion of Hag-seed which includes some great Atwood dancing!

Perhaps the most complex and interesting (and in some ways, far-fetched) moment of Atwood’s texts comes near the end: right before Felix begins another theatre season at the prison, he learns that Tony and Sal (the men who previously got him fired from his job as artistic director and took his place) will be visiting the program with intents to shut it down. Since he has assumed the false name of Mr. Duke (a clear reference to The Tempest that Felix either consciously or subconsciously invokes), they do not know of his presence in the program. Thus, Felix plots a trap to ensnare Tony (Antonio), Sal (Alonso), Tony’s son, Freddie (Ferdinand) as well as the other Shakespearean equivalences; he plans to do this when the prisoners’ performance of The Tempest is being broadcast on the prison close-circuit television, and thus, we get two tempests at once, reflecting and refracting each other.

I have trouble counting how many layers of intertextuality are at work here: We have The Tempest on T.V. (which functions somewhere between filmed performance and a “full-on” film), we have the audience of Tony&co who are forced to enact scenes from The Tempest to Felix’s twisted delight, we have Felix and the prisoners as both actors and audience members of this performance, we have Felix’s production of The Tempest as a sort of equivalent to the masque and the Ariel/Dog scene within The Tempest…are there more? In all, I take delight in this confusion as I move between the familiar and the new.

While the characterization of some of the characters is a bit weak (I am thinking of the prisoners in particular), the subplot with Felix and Miranda, and Atwood’s adept skill at interweaving The Tempest at multiple levels within Hag-seed makes it a fun read!