Link to Online Edition of the Play 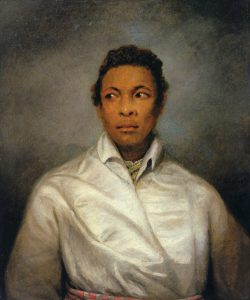 He is identified as a “moor” in the dramatis personae as well as throughout the play (read more about what a “moor” is in the topic “‘Moor’ and Race in the Early Modern Period”). In short, he is the protagonist of the play. Above is the painting, “Othello, The Moor of Venice” by James Northcote, from 1826 from the Manchester City Galleries.  This painting is thought to be a portrait of Ira Aldridge who was one of the first black actors to play Shakespeare (just a quick aside here: Ira Aldridge was forced to leave the segregated US and go to Europe in the 1800s so that he could actually have a career). Though this painting may not depict a specific moment from the play, the expression in this portrait certainly mirrors the complicated emotions of Othello 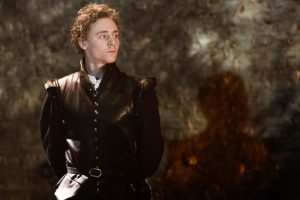 Cassio is the lieutenant to Othello. Above is an image from a production in 2008 at the Donmar in London. This is Tom Hiddleston as Cassio (a lot of you might know him as Loki in Thor and The Avengers). 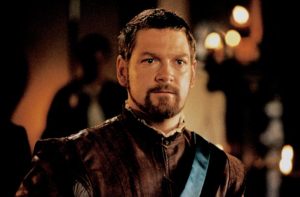 Quite interestingly, Iago is literally listed as “a villain” in many early copies of the play. He is a clear antagonist who hates Othello. Some people might say this is because Othello promoted Cassio and some might say that it is because Iago is racist; I’ll leave you to decide and to think about Iago’s motivations. He is a conniving and cunning character. Above is a still from the 1995 film of Othello which starred Laurence Fishburne as Othello and Kenneth Branagh as Iago (for any Shakespeare fans, Kenneth Branagh is very well known for directing and starring in many different Shakespeare performances in theaters and films on screen). 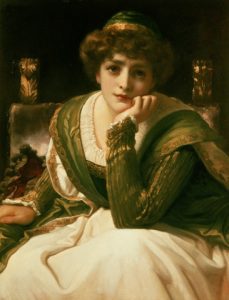 And finally, we have Desdemona. She is the daughter of Brabantio and the wife of Othello. Above is a painting of the character by Frederic Leighton from 1888.

Emilia: wife to Iago (who becomes more important later in the play)

Brabantio: father of Desdemona and a senator in Venice (plays an important part early in the play)

Roderigo: a “gentleman” but not in the modern use of the term who spends a lot of time with Iago

Bianca: the mistress of Cassio who is identified as a “whore” or “courtesan” in different editions of the play

In Venice, at the start of Othello, the soldier Iago announces his hatred for his commander, Othello, a Moor. Othello has promoted Cassio, not Iago, to be his lieutenant.

Iago crudely informs Brabantio, Desdemona’s father, that Othello and Desdemona have eloped. Before the Venetian Senate, Brabantio accuses Othello of bewitching Desdemona. The Senators wish to send Othello to Cyprus, which is under threat from Turkey. They bring Desdemona before them. She tells of her love for Othello, and the marriage stands. The Senate agrees to let her join Othello in Cyprus.

In Cyprus, Iago continues to plot against Othello and Cassio. He lures Cassio into a drunken fight, for which Cassio loses his new rank; Cassio, at Iago’s urging, then begs Desdemona to intervene.

Iago uses this and other ploys—misinterpreted conversations, insinuations, and a lost handkerchief—to convince Othello that Desdemona and Cassio are lovers. Othello goes mad with jealousy and later smothers Desdemona on their marriage bed, only to learn of Iago’s treachery. He then kills himself. 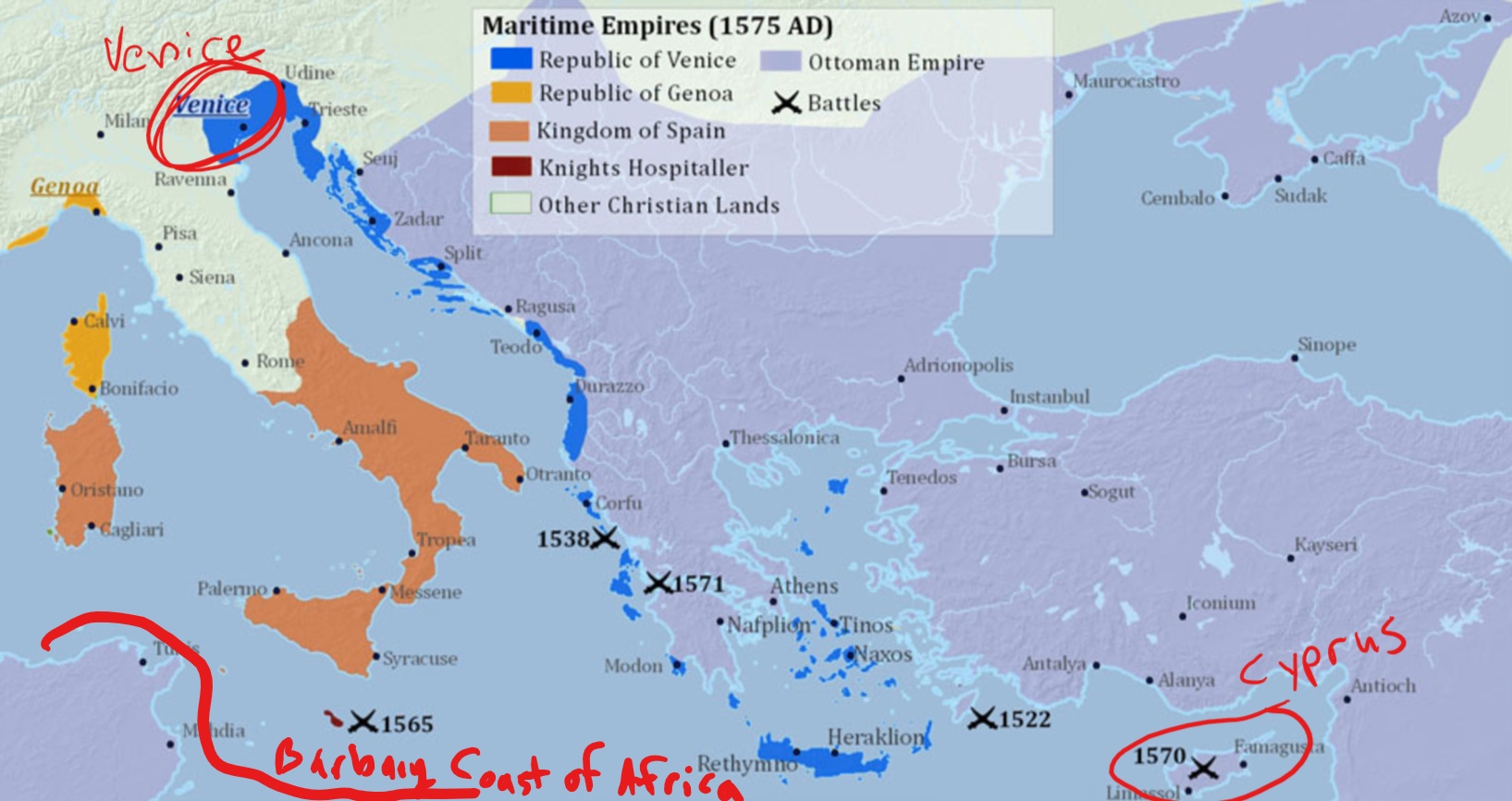 The first act is in Venice which is in the top left of the map – many of you will know Venice, but note that it is in the northern part of Italy. The rest of the play takes place in Cyprus which you can see in the bottom right of the map. Cyprus is an island country in the Easter Mediterranean. Since it is a strategic location in the Middle East, it has been occupied by a lot of different empires and powers; in the late 1500s, there were wars between Europe and the Ottoman empire, specifically the Venitians and Turkey. Cyprus was ruled by the Ottomans from 1571-1878.

Thus, this play reflects early modern fears of Islamic control since the Ottoman empire was the largest empire in Europe; it was perceived as a threat to Christian Europe.

Finally, in the bottom left, I’ve highlighted in red part of the Barbary coast of Africa (remember that Desdemona had a maid called “Barbary”).

Here are some themes to pay attention to: